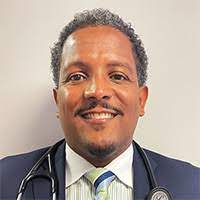 Dr. David D. Shepard, MD, is a practicing medical oncologist at Emory Decatur Hematology and Oncology, and also serves as assistant professor within the Department of Hematology and Medical Oncology at the Emory University School of Medicine. While completing his specialization fellowship at the University of Michigan, Dr. Shepard worked to improve education within the field of hematology and integrate more underprivileged students into the medical field.

In honor of Multiple Myeloma Awareness month, we sat down with Dr. Shepard to get his insights on the impact of multiple myeloma on communities of color, and information on how you can keep your family healthy.

What is multiple myeloma and why is it a concern for the Black community?

Multiple myeloma (MM) is a cancer of cells found in the bone marrow called plasma cells. These plasma cells normally function in creating immunity and producing antibodies to fight illness. When plasma cells become cancerous or malignant, they overtake the normal cells in the bone marrow causing low blood counts, and they release antibodies into the circulation, pieces of which can cause kidney damage, and these antibodies can make the blood too thick (“hyper-viscosity”). Finally, myeloma cells destroy bone and decrease immunity, leaving patients more likely to get serious infections.

The African American community is affected by MM at higher rates than our white counterparts. Blacks of African descent and African Americans have 2-3x the incidence of MM than whites. (Kyle RA et Al, Mayo Clinic Proceedings 2003)

How does one get a screening for multiple myeloma?

There is no screening dedicated to detection of MM, however routine labs done at an annual physical exam can pick up signs of MM, which is why it’s important to keep up with recommended routine health maintenance. Anemia, elevated calcium or an increased protein level can all be identified on routine labs and lead to a diagnosis of MM.

What is the number one thing a patient, or loved one of a patient, can do to ensure the best outcome?

The treatment regimens for MM can be quite complicated.  They often require a 3-4 drug combination in addition to supportive medications to prevent infection and other side effects, such as nausea. The most important thing to do is to remain organized.

What therapies and treatments are currently available?

There are currently a wide range of treatments for MM. They include drugs that work in a variety of ways to kill plasma cells that have become malignant, and drugs that work by disruption of protein processing in the cell called “proteasome inhibitors.” There are therapies called “monoclonal antibodies” that target specific sites or markers on the plasma cell and cause their destruction by the immune system. Another common class of drugs used in MM are immunomodulatory and antiangiogenic drugs, these drugs decrease signaling that leads to blood vessel formation that would lead to blood delivery to cancerous cells. These drugs also enhance the immune system’s ability to destroy cancerous plasma cells or MM cells.

What are some of the reasons behind the disparity in clinical trial enrollment?

There are multiple factors that lead to a decrease in trial enrollment. Part of this is simply due to a lack of access to centers that conduct high quality research. Based on areas where major universities are located, recruitment can be skewed to favor one population over another. For example, I trained at the University of Michigan in Ann Arbor, MI, where according to the U.S. Census Bureau the African American population is only 6.8%. It is worth noting that the lasting effects of racial discrimination in real estate policy has placed African Americans disproportionately into communities that may have difficulty accessing University level medical care.

Unfortunately, as African Americans we also suffer disproportionately from other diseases, such as diabetes, and one may not be able to enroll in a clinical trial if they have pre-existing conditions that limit their ability to participate.

There is also the very real legacy of racism and discrimination in the U.S. health care system that leads to distrust of the medical community by African Americans. The atrocities of the Tuskegee experiment have not been forgotten. I often hear patients say, “I don’t want to be a guinea pig.”  I find this to be one of the more frustrating situations, when a patient lives in the right location, has the appropriate medical needs and is fit enough to participate, but refuses due to distrust in the system, as this keeps patients from getting promising treatments that they will not be able to get otherwise.

Data has also suggested that implicit bias amongst physicians effects who they ask to enroll into clinical trials (Cooper, LA Am Journal Public Health 2012). This bias could be racial, socioeconomic, cultural, or a mixture of all.